The search for a standard for IoT connectivity continues. 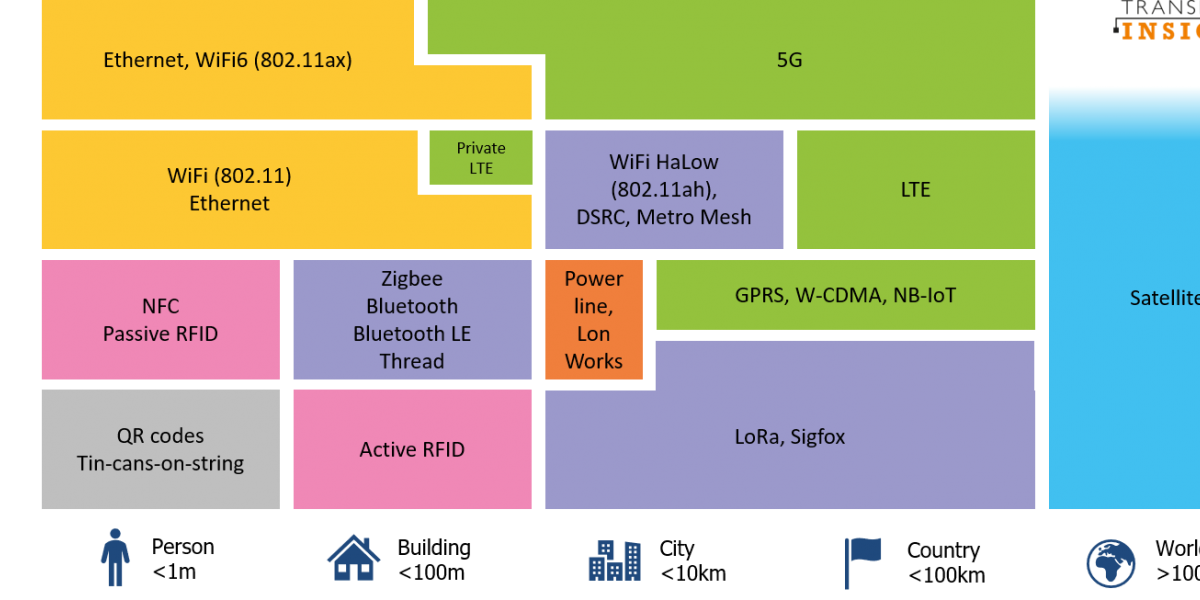 Back in 2010 the concept of the Internet of Things (IoT) was just starting to emerge, evolving from telematics and machine-to-machine communications, and SCADA systems before that. At about that time industry commentators famously promised 50 billion connected devices by 2020. Now that 2020 has arrived, the dream of 50 billion devices is still a long way off. Why? ‘The Internet of Things Myth’, a new book by IoT industry veterans Matt Hatton and William Webb, seeks to answer exactly that question, lifting the lid on the challenges and mistakes that held back IoT adoption.

We should note that not everyone forecast 50 billion devices. In 2011, analyst firm Machina Research [founded by the author] predicted just 12 billion IoT devices by 2020. There were also much higher forecasts. Nevertheless the 50 billion figure was the one that grabbed many of the headlines. Irrespective of the forecast or the reality, there is little doubt that, as a whole, IoT fell short of expectations. That doesn’t mean that it hasn’t had substantial impact or been transformational for some organizations. However, the impact of the IoT in 2020 is much less than would have been expected a decade ago.

Things started well for IoT in the 2010s. There was a massive growth in interest from the technology sector and potential users. There were also substantial reductions in barriers to entry: mobile network operators started to get very interested leading to plummeting connectivity costs, new access technologies arrived which were aimed specifically at IoT, and software platforms such as those from Jasper Technologies, Thingworx, SAP and many more created an environment where it was significantly easier to connect and manage devices and build applications. But there were challenges. There have been numerous reasons why IoT has not boomed as expected, many of which are examined in detail in the book. In this article we delve specifically into the challenges associated with wireless technologies.

There has been no convergence on a single standard for wide area wireless IoT connectivity. By the 2010s for in-building and personal area networks, 802.15.4, Wi-Fi and Bluetooth established themselves as dominant standards, each appropriate for their particular use cases, depending on requirements for reliability, range, bandwidth and so forth. For broadband wireless, there was only really LTE as a viable technology (with 5G set to enhance it), deployed as public networks by mobile network operators.

Collectively this was great for organizations looking to deploy mesh networks for the oil and gas sector, or a smart speaker, or a connected car. The technology choices were more-or-less clear. However, for narrowband wide area connectivity, that is the billions of connected trackers, monitors, actuators and environmental sensors, the choice was not so obvious.

A number of candidates presented themselves over the decade. Some used unlicensed spectrum such as LoRa, Sigfox and Weightless, which is inherently less reliable. Eventually mobile network operators came up with their own variant for use in licensed spectrum in the form of Narrowband IoT (NB-IoT). Most of the technologies were not full standards. Weightless was, but fell by the wayside, although its core technology formed the basis for the aforementioned NB-IoT.

These network technologies are also not universally deployed. Sigfox operates a network operator model with national networks, although coverage is certainly not universal. LoRa in comparison is ostensibly based on private deployments which are inherently patchy in terms of coverage, although perfect for a privately run campus deployment.

NB-IoT should win out. It is a standard using licensed spectrum backed by network operators who should be deploying national interoperable networks. However, NB-IoT has teething problems. Reports are that the promised long battery life is not being achieved due to failures to implement network software upgrades that are more costly than anticipated. Furthermore, the ultra-low average revenue per device associated with these devices, of the order of USD1-2 per year, makes them only really interesting when the volumes are enormous, which has not materialized yet. Japan’s NTT Docomo recently announced that it was mothballing its NB-IoT roll out. That announcement was followed just a few days later by the rather more positive news that a roaming agreement had been struck between Deutsche Telekom, Vodafone, Swisscom and Telia.

As well as the arrival of new technologies, the sporadic abandonment of existing ones also caused headaches. During the 2010s many mobile network operators made the decision to switch off 2G or 3G networks including in Australia, Japan and the US. This further fragmented network availability and creates uncertainty for anyone building an IoT solution. In any given territory it became more difficult to predict which technology might be available and for how long. A developer building an IoT device needs to make careful decisions about trading off lifespan, cost and capability. Gradually there has been a convergence onto LTE as the de facto global standard, but unit costs remain higher than 2G and network deployments are far from universal.

The lack of a single standard for IoT connectivity is a critical roadblock. My co-author, William Webb, said, “Connectivity is the most important underpinning technology area for IoT; if you can’t get connected there is no IoT. Unlike the home environment where Wi-Fi is universal, there is no standard for connecting distributed IoT devices.” He adds that no single technology has yet emerged around which the whole IoT ecosystem can converge – and neither does there seem to be a single viable candidate, despite what the proponents of 5G might claim.

Despite the problems, there are reasons to be optimistic. None of the problems that the IoT has faced in the last ten years is unsolvable and we offer some straightforward advice in the book. Vendors, for instance, need to focus on delivering value rather than valuation, while enterprise adopters need a ‘systems-first’ approach to deploying IoT while giving ample consideration to the commercial and operational changes implicit in adopting new technology.

This article was published in The EE Times on 22nd April 2020.