Past, present and future of SA telecoms. 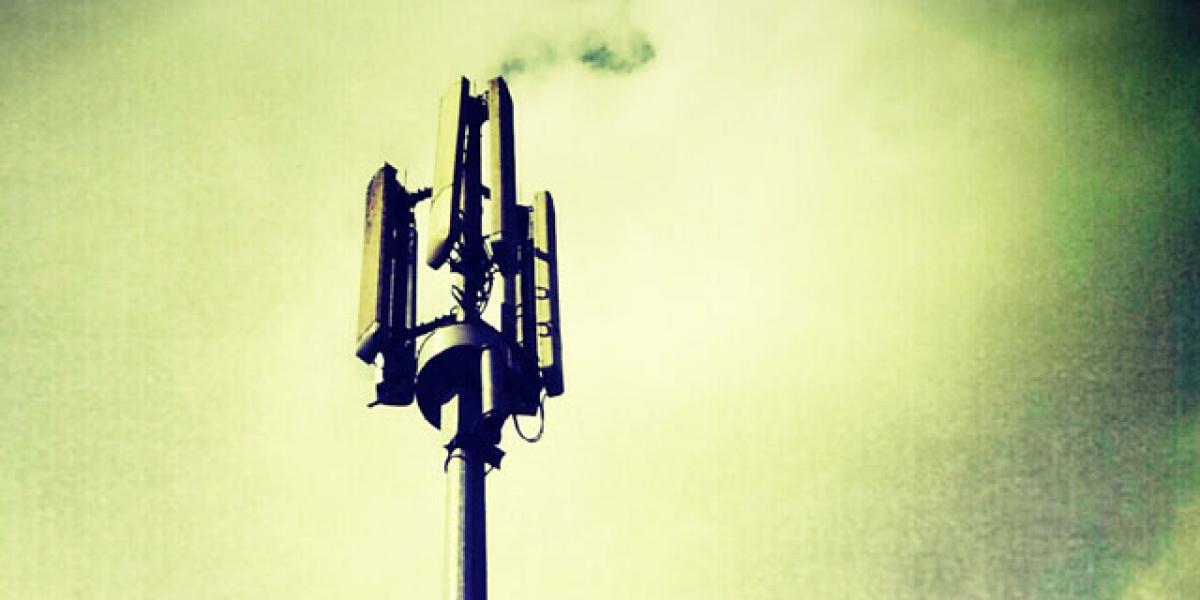 South Africa has come a long way in addressing many of the bottlenecks in its telecommunications industry. But a few hurdles still remain. Written by William Stucke and published on TechCentral.

There are a number of prerequisites for the Internet (both service providers and end users) to be fully liberated in any African country. They involve the creation of Internet service provider (ISP) associations, a proper licensing regime, local peering and international connectivity, along with national backbone, metropolitan and last-mile networks.

An ISP association
Firstly, it’s important to have an association for ISPs, as this gives them a single coherent voice when speaking to government, the regulator and the incumbent telecommunications provider.

An association lends power to their arguments. On their own, ISPs tend to be ignored and run the risk of being “punished” for speaking out. In South Africa, the Internet Service Providers’ Association was formed in 1996 and gained recognition as the industry’s formal representative body in May 2009. It now has about 160 members and represents the majority of active licensees.

However, as South Africa is a relatively mature market, there are other organisations representing specific portions of the market, including the Wireless Access Providers’ Association, the South African Communications Forum and the Wi-Fi Forum. Many of these organisations have members in common.

Licensing regime
South Africa used to have a highly centralised market, with only 11 “previously advantaged licensees” that were able to build and operate networks. They tended to be vertically integrated, and government owned a share in eight of them. The others were all “value-added network service” licensees, and they were severely curtailed in what they could do. Nevertheless, they built the Internet as an industry in South Africa while still being forced to use Telkom’s network and international transit.

The Telecommunications Act of 1996 gave the minister of communications, at the time Ivy Matsepe-Casaburri, the right to make seven “declarations”. In August 2004, she announced five of these, which were properly gazetted and came into effect early in 2005. However, in late January 2005, days before they were due to take effect, she published a press release saying, in summary: “In order to clarify, I didn’t mean it.”

She specifically said she didn’t mean that value-added network service licensees could obtain network services from parties other than Telkom and the newly licensed Neotel. Although not legally binding, she obstructed the communications regulator until it withdrew the right for these licensees to provide their own infrastructure from the new regulations.

The Electronic Communications Act took effect in 2006. It was diametrically opposed to the previous act. Instead of protecting Telkom’s monopoly, its aim was to foster competition. The same minister instructed the regulator, by that time Icasa, to determine if “a few, if any” value-added network service licensee should get licences under the new act. One such licensee, Altech, took exception to this. In August 2008, Altech won a court case against the minister and Icasa. Her appeals failed and Icasa declined to appeal. This result was that, on 19 January 2009, the regulator issued 451 companies with network licences that, unless otherwise requested, had full national scope. These licences were identical to the licences held by Telkom and other previously advantaged operators, except that no spectrum was included. Today, there are some 713 licensees, including class and broadcasting licences.

Local peering
In order to ensure the growth of the local Internet, it’s essential that traffic from one ISP to another in the same city doesn’t travel via London, Amsterdam or Hong Kong. Peering is the exchange of traffic between operators on a no-fee basis. Jinx (the Johannesburg Internet Exchange) was operational in 1996 with a handful of peers. Today, the Internet Service Providers’ Association and NAPAfrica operate six Internet exchange points, two each in Johannesburg, Cape Town and Durban. These points exchange traffic measured in the tens of gigabits per second and have hundreds of peering ports.

International connectivity
The South African Internet started in 1993 with an analogue leased line from Rhodes University to a private house in Oregon in the US. For meaningful connectivity, submarine cables are essential, and capacity was leased on Sat-2 (560Mbit/s capacity in 1993). This was managed by Telkom and was horribly expensive as the company operated it on a high-cost, low-volume model.

Sat-3/Safe/Wasc was commissioned in 2001 with an initial capacity of 120Gbit/s, subsequently upgraded several times, but was still managed by Telkom. Things changed dramatically in mid-2009 with the arrival of Seacom, with an initial design capacity of 1,3Tbit/s. This was the first East African cable and connected South Africa, Mozambique, Kenya, Tanzania and Uganda (via terrestrial fibre) to Europe. Seacom is operated on a high-volume, low-cost model. This led to an immediate 35% price improvement for medium-sized ISPs. It suddenly became cheaper to peer in London than to buy local transit.

This was followed by the Eassy cable (2010; 4,7Tbit/s) and Wacs (2011; 5,1Tbit/s). The huge drop in international bandwidth prices led to dramatic reductions in national costs.

National backbone networks
Prior to the arrival of Seacom in 2009, national transit prices were very high. In fact, it was often cheaper to get a leased line from Johannesburg to London via Cape Town than to get the same capacity form Johannesburg to Cape Town. Typical costs were R10 000 per megabit per second per month for national transit. By 2014, this had dropped to about R1 000 per megabit per second per month.

There are now multiple operators building competing national networks. However, there are huge bureaucratic obstacles that slow their deployment, among them the time it takes to secure wayleaves and for environmental impact assessments to be conducted. For example, FibreCo took two years to get 19 000 permits for 1 600km of cable from Johannesburg to Cape Town and Durban.

Now the department of communications has been split, and we have two ministers arguing about who’s responsible for what. The 2014 amendment to the Electronic Communications Act changed the names of the ministers and reduced their role to drafting a rapid deployment policy, and made it Icasa’s problem to draft the actual regulations. There is still no policy.

Some 19 000 km of fibre is required to link all 150 towns in South Africa that have a population of more than 10 000 people. Only Telkom has this, with 104 000 km of backbone fibre. Despite the considerable amount of fibre being laid by a number of parties, we haven’t yet reached the “tipping point” where connectivity suddenly becomes cheap: the high-volume, low-cost model.

Metro networks
This is actually a bigger problem than national networks, as more fibre is needed. For example, the Johannesburg metro alone has more than 9 000km of tarred roads. Roads are being dug up multiple times. Some of those rolling out metro networks include the metros themselves, Telkom, Neotel, Dark Fibre Africa, MTN and Vodacom.

Last-mile networks
Only Telkom has a substantial fixed-line access network, with about 70 000 km of copper. However, it has only 3,4m out of 8m installed lines active — and this number continues to fall every year. Most lines are provisioned for ADSL, with just over a million such subscribers, or 29% of the total, by March 2015.

What about unbundling of the local loop, whereby Telkom’s rivals get access to the company’s access network into homes and businesses? This was my most significant failure of my time as a councillor at Icasa.

Other last-mile technologies include fibre to the home (FTTH) and wireless. Starting late last year, many suburbs are getting FTTH.

High-demand spectrum
Icasa has tried several times to assigned “high-demand” spectrum, via a competitive process, over the past decade. It has been obstructed by government on several occasions.

Spectrum is “high demand” because it’s allocated for point-to-multipoint communications in national plans; is harmonised with other countries in the same International Telecommunication Union region; and user equipment is manufactured in quantity.

More spectrum is essential to facilitate higher throughput on mobile and fixed-wireless networks – for example LTE – and to provide cost-effective broadband in rural areas.

There is about 300MHz high-demand spectrum available for assignment nationally and 28MHz in each of the 52 district or metro municipalities.

Progress so far
South Africa has solved many of the problems identified. It has a vibrant market, with an active ISP association, hundreds of licensees, effective and cheap local peering as well as ample international connectivity.

The remaining problems include the high cost of national backbone networks and insufficient metro networks. The solution to both of these lies with the rapid deployment policy and regulations.

Last-mile networks remain a major problem. The local loop unbundling process has stalled. It will take many years for fibre to the home to match the existing copper network installed, but progress is being made. Meanwhile, by obstructing the unbundling process, Telkom has removed the “build or buy” choice from other operators, forcing them to deploy their own. They have thus devalued their own asset to approach zero as home fibre is rolled out.

The last significant hurdles are making sufficient high-demand spectrum as well as additional licence-exempt spectrum available for last-mile use in both urban and rural areas and completing the rapid deployment policy and regulations so that fibre can be quickly and efficiently laid wherever needed.