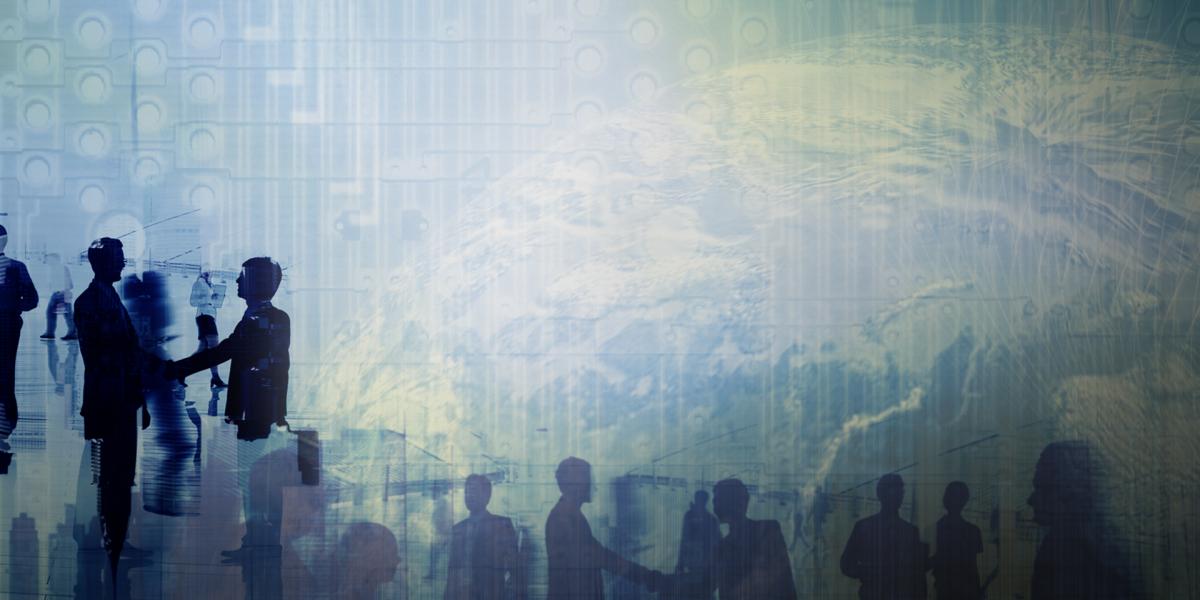 To better serve companies, perform effectively, and meet emerging challenges, executives say their IT organizations should collaborate as partners with the business.

When IT acts as a partner to the business, rather than as a technology consultant or supplier of IT services, the benefits are striking. According to the newest McKinsey Global Survey on business technology, IT organizations that play a partner role—that is, actively collaborating with the rest of the business to shape an overall business strategy that effectively leverages technology—tend to perform better on a number of dimensions, including the delivery of core services and the creation of a healthy organizational culture.1 But while most respondents, from both the business side and the IT function, believe the IT organization should be a partner to the business, few say IT plays that role today.

The results also suggest that the pressure on IT to perform will only increase with the growth of third-party services (such as cloud offerings and infrastructure as a service) and of digitization. With digital initiatives, too, the companies where IT plays a partner role are further along in both implementation and achieving business impact. The results suggest that the best opportunities for improving IT’s performance overall lie in strengthening the model the IT organization is structured, run, and managed around, and in defining more clearly IT’s role and priorities. Nearly all executives say acquiring talent is a challenge and a possible longer-term barrier to improving IT, which could require preemptive moves on the part of many companies.

We asked all executives about the role the IT function plays at their organizations—specifically, whether IT works as a partner to the business, a consultant on technology matters, or a supplier of IT services. Few say the IT function is currently a partner. But both in IT and in the business function, about three times as many executives believe IT should be a business partner at their organizations (Exhibit 1). The results show that when IT partners with the business, the benefits are far-reaching—and striking. We looked at 14 specific dimensions of IT’s performance and found that partnership has an impact on its effectiveness in each one—even for relatively standard (or less business-facing) IT processes, such as providing end-user services, managing IT infrastructure, and maintaining applications. Thirty-five percent of executives at companies where IT is a partner, for example, say the IT function works very or completely effectively with the business to develop new capabilities; only 14 percent say the same at companies where IT is a consultant or supplier.

In a few areas, the benefits of partnership are exceptional (Exhibit 2). For instance, at organizations where IT is a partner, respondents are more than three times likelier than all others to say that the IT function is very or completely effective at implementing bottom-up innovation and at creating a healthy IT culture. Similarly, in many other dimensions—from bringing new ideas to the business to delivering projects on time and digitizing business processes—the partner respondents are at least twice as likely as others to report that IT is effective.

That said, the results also indicate continued misalignment between IT and business executives on IT’s priorities, with little improvement over time. For the fourth survey in a row, the results indicate sizable gaps in how business and IT respondents view priorities for the IT function. In the newest survey, for example, 44 percent of those in IT say that cutting costs is one of their organizations’ current priorities for the function—behind only improving the effectiveness of business processes and tied with improving the cost efficiency of business processes (Exhibit 3). Business executives ranked cost cutting last, with only 16 percent citing it as one of their companies’ priorities for IT.

Pressure on IT and the partner advantage

IT organizations are under increasing pressure to deliver better performance—as the partners already do—partly because of the growing availability and capabilities of third-party services such as cloud computing, infrastructure as a service, and software as a service. About one-third of business executives see third-party providers as a significant or complete substitute for the IT function’s services.

Another source of pressure is the expansion of digital programs. Nearly all respondents (91 percent) say their companies are already pursuing a digital agenda, suggesting that the partnership between business and IT will become only more important over time—especially with so many organizations in the early days of their digital efforts. At companies where IT plays the role of a consultant or supplier, a mere 14 per cent of executives say their companies have implemented digital initiatives across the business. Just one-third say the IT function and the business collaborate on these initiatives, while half report that IT either is completely uninvolved in digital or supports it only as a supplier of technology services.

The results suggest that executives recognize the potential benefits of an IT–business partnership. So what is keeping organizations from establishing IT as an active partner? When we asked technology executives about the root cause of the function’s shortcomings, they most often identify weaknesses in IT’s operating model (how the function is structured, run, and managed overall), followed by a lack of clarity about IT’s priorities and role (Exhibit 5). These elements were cited far more often than the others we asked about: suboptimal technology, undisciplined IT delivery, and talent. This emphasis on the operating model and IT’s organizational role is not surprising, given how instrumental these two elements are in aligning the organization on IT’s priorities, developing a stronger IT culture, and establishing and operationalizing IT’s role as partner.

While talent doesn’t top the list as a root cause of IT’s problems, it continues to surface as a major obstacle to the function’s effectiveness, regardless of whether or not it works as a partner with the business. Almost all respondents (93 percent) say attracting IT talent is a challenge for their organizations, which in the longer term could pose a bigger barrier to improving IT.

About the author(s)
The contributors to the development and analysis of this survey include Naufal Khan and Jason Reynolds, principals in McKinsey’s Chicago office, and Christoph Schrey, an associate principal in the Chicago office.